“I wish I could say WELCOME,” my tour guide enthusiastically cried, “but instead I can only say welcome.” Her arms dropped and shoulders slumped. “You’ve got on the wrong bus.”

The guide was right to offer only a restrained greeting since she wasn’t introducing the most flattering or palatable aspects of a modern China. However, I wasn’t on ‘the wrong bus.’ I was exactly where I wanted to be.

The White Rabbit Gallery is the world’s largest collection of contemporary Chinese art. What started as a personal collection for Judith Neilson eventually transformed into renowned gallery and teahouse. 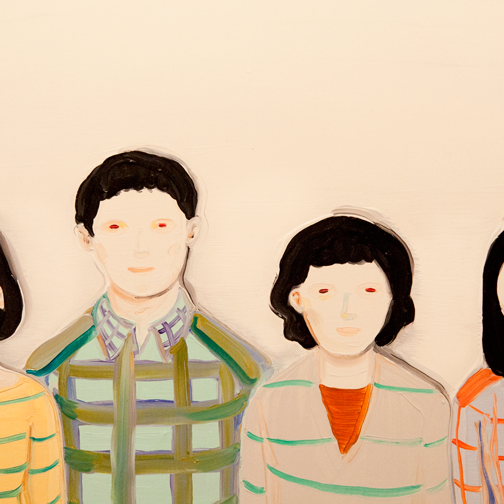 Judith Neilson has over 1,100 works in her collection and while many of them celebrate the beauty and culture of China, the current exhibition dug beneath the veneer of the most populous country in the world. “In Commune, some of China’s best-known artists and brightest newcomers explore the tensions between individual and group, community and nation, collectivist past and chaotic present.”

On the ground floor was a series of images borrowed from the pages of the Beijing News- circulation 450,000. Xia Xing painstakingly painted each photo by mimicking the way the ink is layered on newsprint- cyan, magenta, and yellow.

The man who was amputated by the criminal he testified against, the fallen angel and her $2 billion dollar lawsuit, Xia transformed the disposable story into something more substantial.

“As Husband and Wife” – Li Xuan

“Indifferent herself to money and fame, she worried that money was corroding Chinese society, “tearing up conscience, morality and kindness”. As Husband and Wife (2010) was an experiment in a style that later became her hallmark: “painting” with torn-up banknotes and PhotoShop. The notes—from China and other nations—not only afforded her an extensive colour palette but literally represented a factor whose role in relationships is much larger than most people are willing to admit.

In this collage, the softly torn, petal-like shapes are a reminder that money is also one of the chief causes of marital conflict. The faceless bride and groom could be any couple, their disagreements stitched up for the happy day. (The artist obtained suture thread from her father, a surgeon.)”

In 2013, Li Xuan lost the battle against depression. She took her own life and that of her child as she could not bear to leave them in this world. In acquiring the piece from her distraught husband, the gallery donated to charity instead of directly purchasing the piece.

The struggle within a rapidly changing society is not without its fond memories though. Artist Gao Rong spent years recreating her grandparent’s house with foam, fabric and embroidery. The small one-room interior is lush in detail – especially when you realize that worn edges on the kitchen table, the rust spots on the pipes and the cracks on the wall had actually been embroidered.

The installation is a massive feat, which is an accurate assessment of the Commune show in general. It is not the glamorous or flattering side of China, but it is beautiful in its execution and heart-breaking in its honesty. 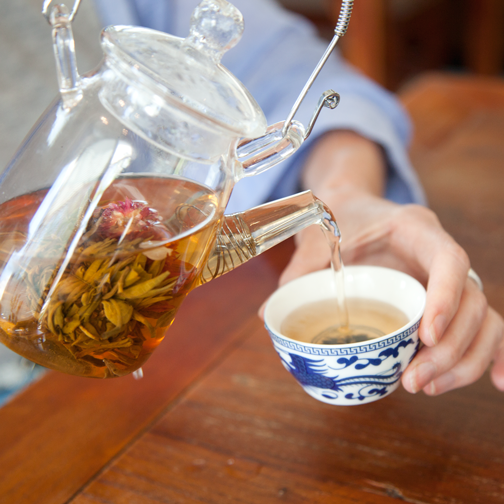 How to get to the White Rabbit Gallery: 30 Balfour Street, Chippendale NSW 2008

Rebuilding the Rights of Statues: Week 15 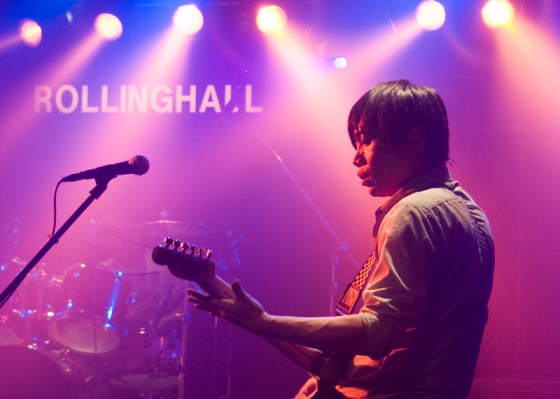 Outside rain fell in torrential sheets as the carcasses of dead umbrellas twitched in the wind. Down a slippery marble staircase was an empty music venue called Rollinghall. The Chinese band Rebuilding the Rights of Statues had attracted a mostly foreign crowd that was still huddling outside under a corner store canopy drinking cheap beer. Anyone close to me knows I don’t care for concerts. Of course I like music, but unless it’s free, I think it sounds better on CD. Especially CDs my friends burn for me.

Although that night I really wanted to put my finger on the pulse of the band. Write a review so acute readers would feel they were standing next to me. So I moved closer to the stage shrouded with polychromatic fog but the body odor of a large man persuaded me to take a few steps back. As I tapped my foot I tried to think of words to describe what I was hearing- hmm… musical and rhythmic? The metrical guitar notes were bisected by periodic drum beats which were all illuminated by the cadenced and recurring political lyrics. There, now that you are standing between the balding spastic dancer and me, clap you hands because the curtain is falling.

For other indie music events:

The band that words can’t describe:

Rebuilding the Rights of Statues (aka Re-TROS)