Barret was out on the balcony with a cold glass of beer. I laid down on the double bed and listened to the motorcycles drive by on the street below. I’d heard that sound before, years ago, the echo of small engines bouncing off brick buildings and fading into a maze of narrow streets. It’s the sound of a South American vacation.

During a four-day weekend, Barret and I had traveled three hours south of Manizales to a small town not quite on the tourist trail. Buga had a dry December heat and an influx of pilgrims visiting the Basilica del Señor de los Milagros. The plaza surrounding the church was filled with gift shops, old men selling lotto tickets and anyone else looking for a miracle.

The pews were packed on a Sunday afternoon and the line to pray at the feet of the black Jesus only shortened during mass. The revered Señor de los Milagros, famous for the color of its material and its skirts, was visible through a glass panel behind the pulpit.

Leaving the basilica, we walked out onto Calle 4. It was filled with relic shopkeepers eager to usher us into their stores.

Off of Carrera 14a was a museum dedicated to the basilica. The majority of the walls were dedicated to exvotos. These are offerings that the public gives in honor of blessings received. They came in a variety of forms – from marble plaques to letters sent with military medals or baby clothes.

Parque Cabal, a few blocks over, was filled with iguanas. A booth selling cholados was set up at the southern corner of the park. Manizales is too cold for shaved ice desserts, but not Buga. The ice was sweetened with generous portions of fruit and covered in condensed milk.

After dinner with a friend, Barret and I spent the rest of the evening on the hostel’s rooftop terrace. The afternoon heat lingered into the evening and the lights from the Basilica shone in the distance.

My friend had told me, “now that you two are here, there are three times as many foreigners in Buga.” She was almost right about that. Buga is a small town draped in Spanish moss, but there were a few other foreigners in the hostel who had already discovered its charm. 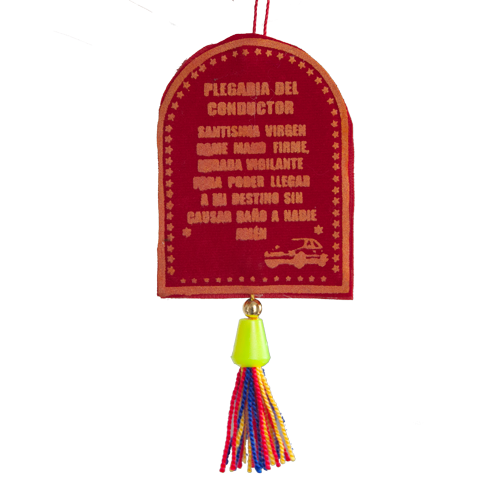