On the way to Caves Beach, we stopped in Lake Macquarie. It was breakfast time and the sun was already strong. Two kids had set up a bike ramp at the end of a pier and were taking turns riding their BMX bikes into the lake. Across from the waterfront was a cafe and homeware shop called Common Circus. The coffee was good and the shop was stuffed with carefully selected Etsy-ish items like ‘crumpled’ ceramic cups, potted succulents, and geodesic egg holders. It wasn’t easy to leave with our wallets intact. 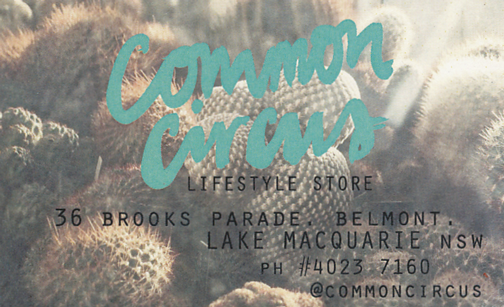 After breakfast at a different café, we drove down to Caves Beach. Although it was early autumn, the sun was beating down and we couldn’t resist jumping into the ocean even in our clothes. Once we had cooled off, Barret and I walked behind a group of squealing kids that were headed towards the southern end of the beach. They were giddy about passing through a series of caves and while we inwardly felt a similar excitement, we stopped when we found a quiet-ish patch of shade.

After a few snacks Barret and I fell asleep to the sound of the ocean. When we woke, the tide had risen and heavy clouds were rolling in. Our friends and I rushed to pack the gear into the car as a thick blanket of clouds raced to the edge of the cliffs. The rain began to pour down and then it began to hail. Barret parked the car under a metal awning and we could barely hear each other’s exclamations over the sound of the falling hail.

Further down the coast we stopped at The Entrance for dinner. The town is a popular coastal destination and is well known for the flocks of pelicans that congregate on the beach. Being the tail end of a four-day weekend, the town was quite and only the mechanical tunes of a small fairground hung in the air.

Barret, our friends, and I walked up and down the main street in search of a good place to eat. We passed restaurants, gift shops, ice cream shops with kangaroos painted on the walls, and old red brick vacation rentals with slender names signed across the front. My favorite, because I’m from Vegas, was Ceasar’s Palace. 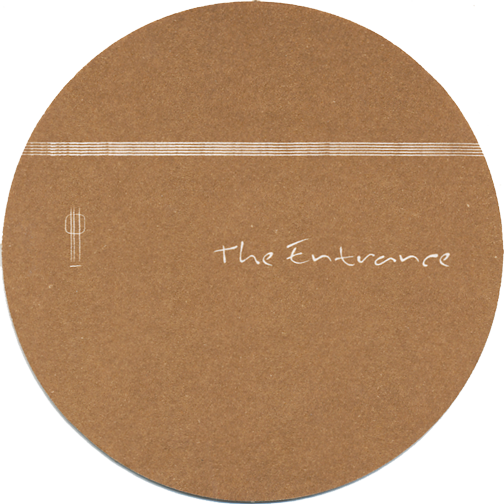 In the end we chose The Entrance Hotel. The food was delicious and the venue was a cheery beacon of light on such an overcast evening.

How to get to Common Circus: 36 Brooks Parade, Belmont, Lake Macquarie