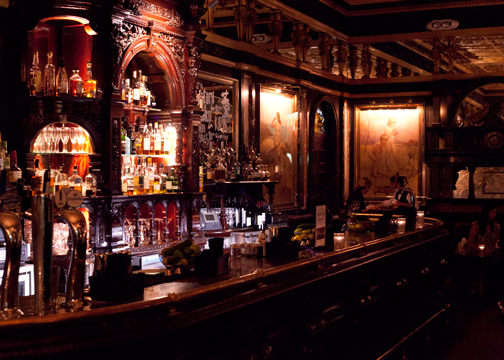 There is something about old, soft marble that is so incredible appealing to me. The marble floors were the first thing I noticed when I inspected my current house. I’m not sure if it’s the original flooring, but a lifetime of foot traffic has left the surface smooth and as cool to the touch as a puddle of water.

I actually wish all the flooring in the house was marble. How delicious it would feel in the middle of a heat wave, how much quieter it would be than the squeaky wood planks in the dining room. 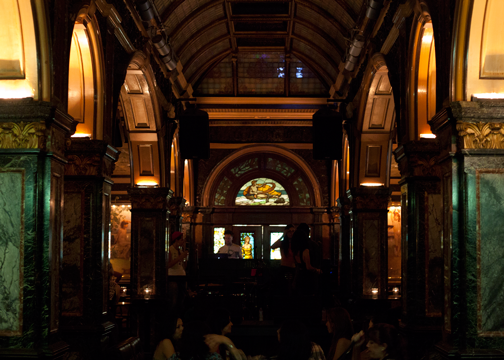 That’s kind of how Marble Bar feels- like a cool, dark sanctuary. It was originally constructed in 1893 with the finest Belgian and African marbles and financed through a horseracing sweepstakes. Originally known as the George Adams Bar, it was closed in 1968 and reopened five years later after being painstakingly reconstructed inside the Sydney Hilton.

One hundred and twenty-two years ago, it would have been the finest bar in the colony to escape to from a hot summer’s day. I could just imagine men in top hats twirling their moustaches and swirling their brandies. Nowadays, Marble Bar attracts celebratory office workers and tourists. The drinks are definitely priced more for the tourist end of that spectrum though. 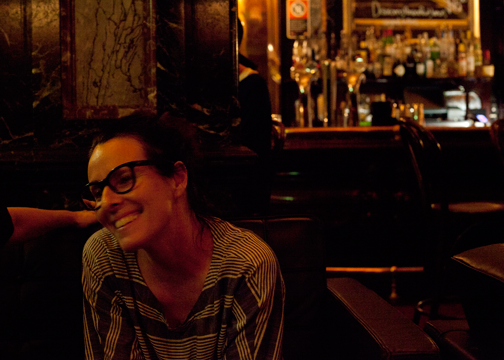 At the end of the day I usually prefer a bargain, but it is nice to occasionally slip into something a bit more luxurious. For some people that might mean a Chanel dress. For me it means 100 tons of National Trust of Australia “A”-rated marble.